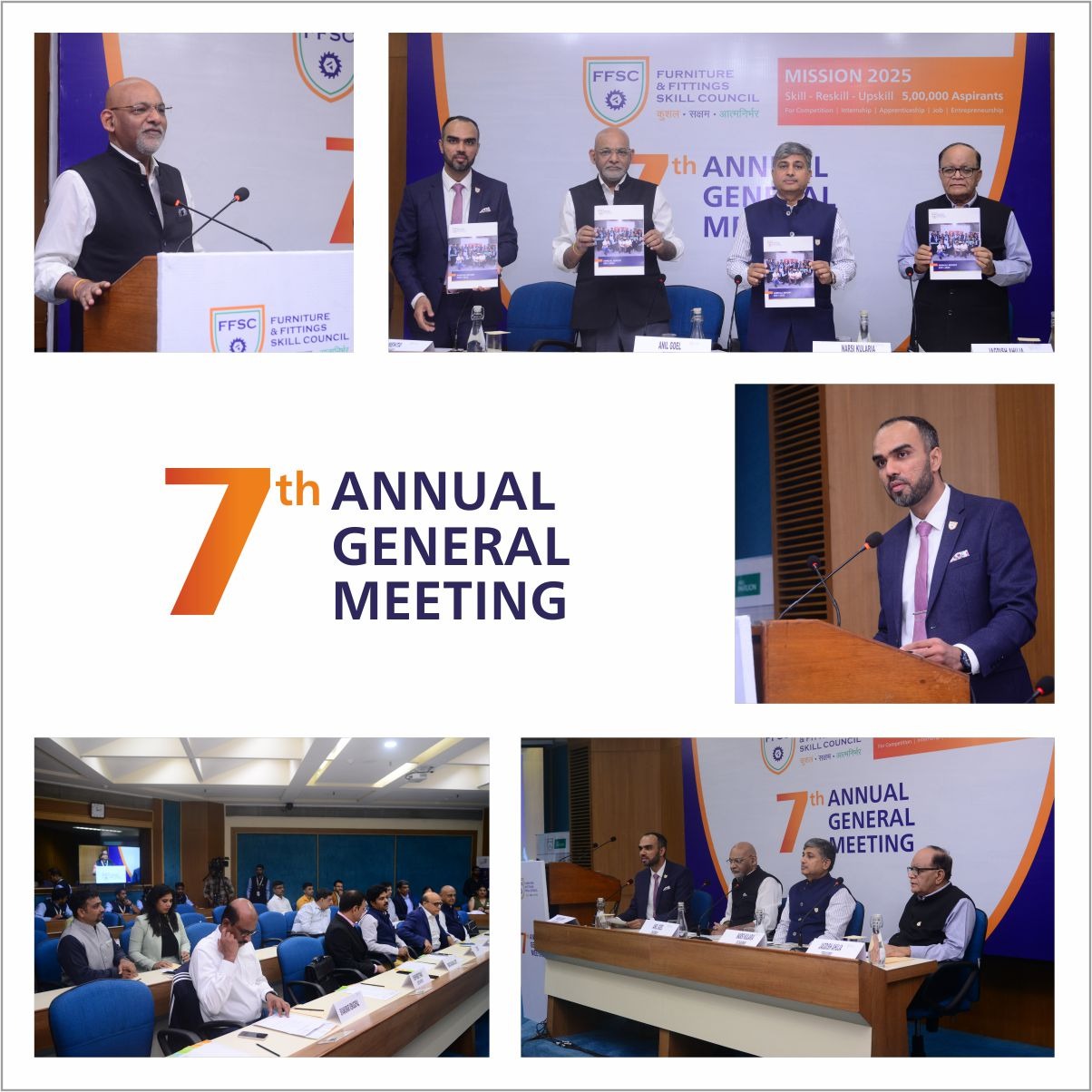 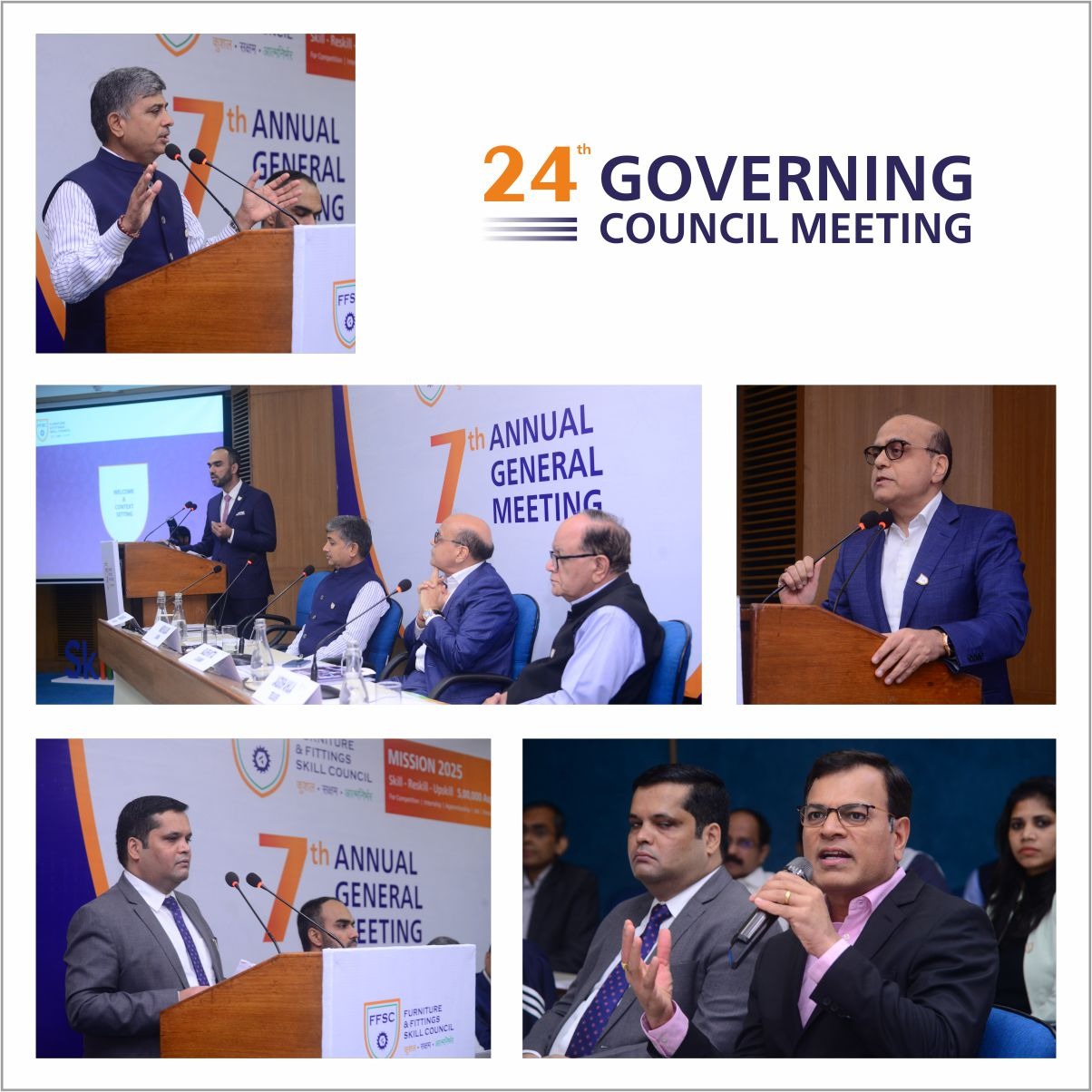 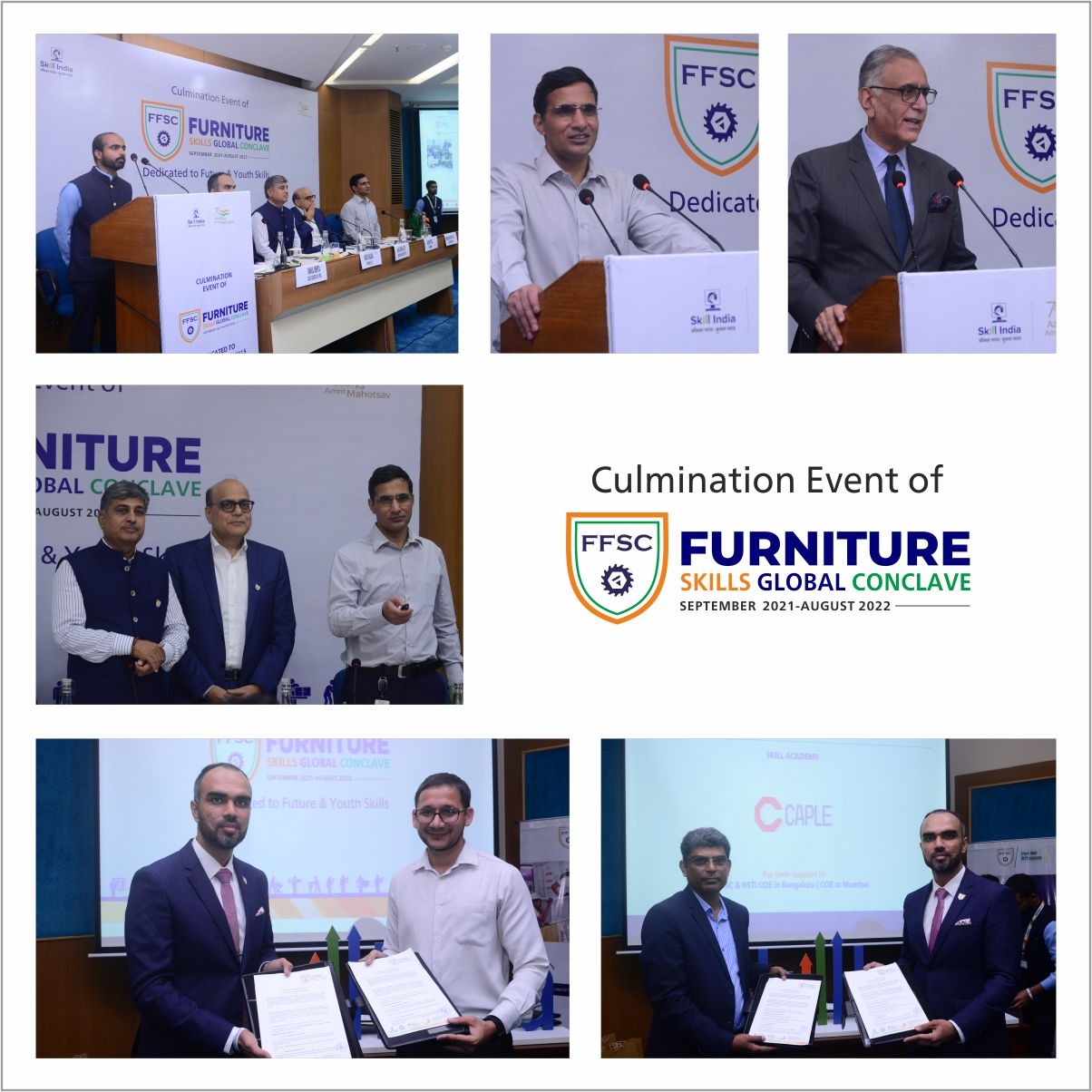 The new Governing Council of FFSC was elected in the AGM with Mr. Narsi Kularia being elected as the Chairman, Mr. Rajesh Mittal as the Co-Chairman, Mr. Saurabh Jain as the Treasurer, and 12 other industry leaders as Executive Members.

The culmination ceremony of Furniture Skills Global Conclave (FSGC) held during the second half marked the completion of its year-long activities, which were done to celebrate ‘Azadi Ka Amrut Mahotsav’. Under the FSGC banner, over 50+ events were organized, over 10000+ people participated, over 300+ new Industry Partners joined the mission, 5000+ opportunities were created, and have earmarked 23 FFSC Regional Skill Chapters.

FFSC also recognized the contributions of several industry organizations, stalwarts and professionals for their unwavering support and contribution toward the fulfilment of Mission 2025.