Our Skill Stars were in action at WorldSkills 2022 Special Edition which was held in Basel, Switzerland. They competed in Cabinet Making, Carpentry and Joinery trades.
Competition Schedule
10.10.2022: Opening Ceremony
11 – 14 October 2022: Competition
15.10.2022: Closing Ceremony
Our Skill star participated in the competition with great spirit and enthusiasm.

As candidates prepare to compete against the finest in the world at 46th WorldSkills Competition 2022, the largest skills competition in the world, a strong 58-member Indian delegation received a grand “Vijayi Bhava” send-off ceremony in New Delhi on September 22, 2022. The competitors will showcase their skills in 52 Skills/trades across 15 countries, including the USA, Europe, Korea, and Japan.
India cheers for its ‘WorldSkills India Team' at their Send-off ceremony as they prepare to compete at the WorldSkills2022 competition. Shri Rajeev Chandrasekhar, Minister of State for Skill Development and Entrepreneurship, Electronics & Information Technology. Motivated the competitors to perform their best & wished them luck.

“Do Better Than Your Best, Team India. Go Conquer The World” – Pullela Gopichand 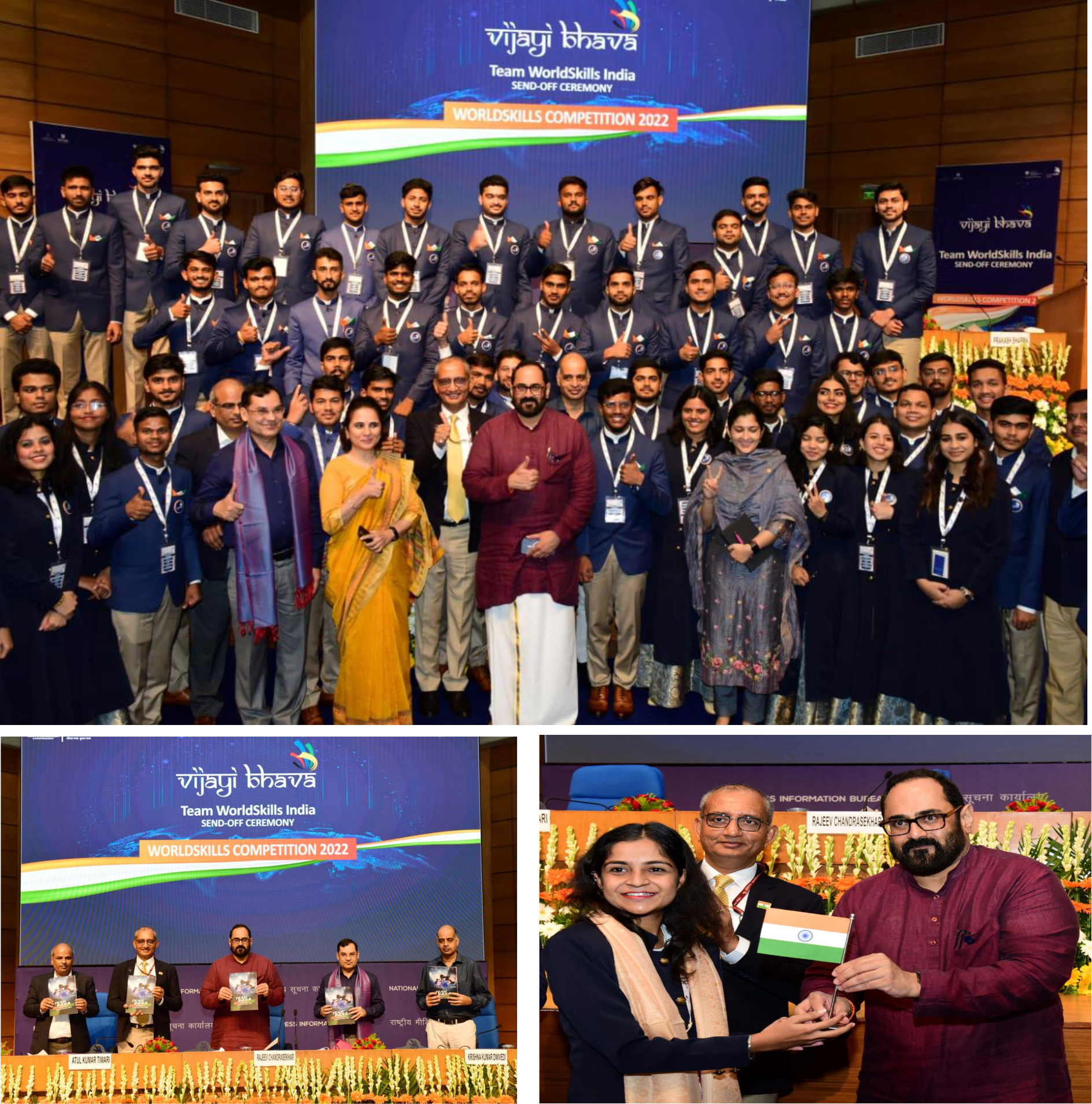